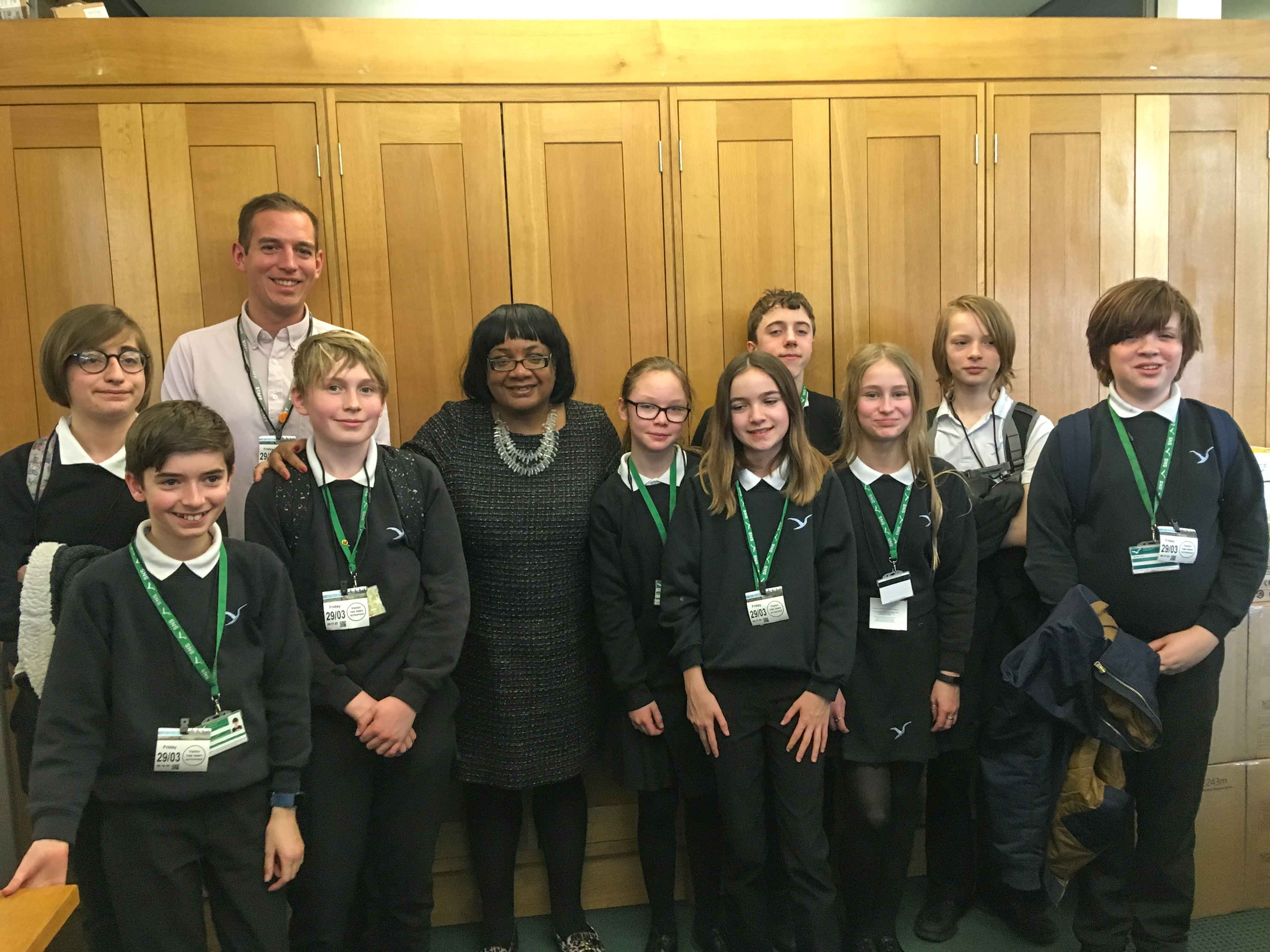 On 29 March 2019 we went to central London to meet Di­ane Abbott. To start our day, we arrived at school and then we had to have a safety talk with our teacher (Mr Harvey). When we arrived, we had a bit of time left before our meeting, so we walked around the houses of Parliament. On our mini tour, we saw a lot of people who were protesting that we should leave the E.U as that day was the day of a vote in parliament and was supposed to be Brexit day. Just before our meeting we had lunch (it was delicious).

After lunch we had to go through security to get into Portcullis House where there were police officers with guns. After we had gone through security we went to where Diane Abbott’s office was, and we had our meeting; a lot of questions were asked, and all our questions were answered. We discussed everything from climate change to Brexit. After our meeting was over, we went on a tour of the houses of Parliament where we watched MPs debating the vote that was going to be happening later in the day, from the gallery. We saw lots of politicians including Kier Starmer and Michael Fabricant as we were walking around Portcullis House. We saw Jeremy Corbyn walking to parliament and he stopped to ask us about how our day was going.

While we were walking to the tube, we saw 2 police horses; their eyes were covered as they were there to stop trouble and they need protection. The horse that we were petting had a habit of sticking its tongue out. We played with the horse for nearly 5 minutes then we had to leave so we could make it back to school on time. We left and got on the train home; after we were off the train, we walked back to school instead of taking the bus and right when we were near the school, we saw two neighbours who had cut their hedges to look like cats. 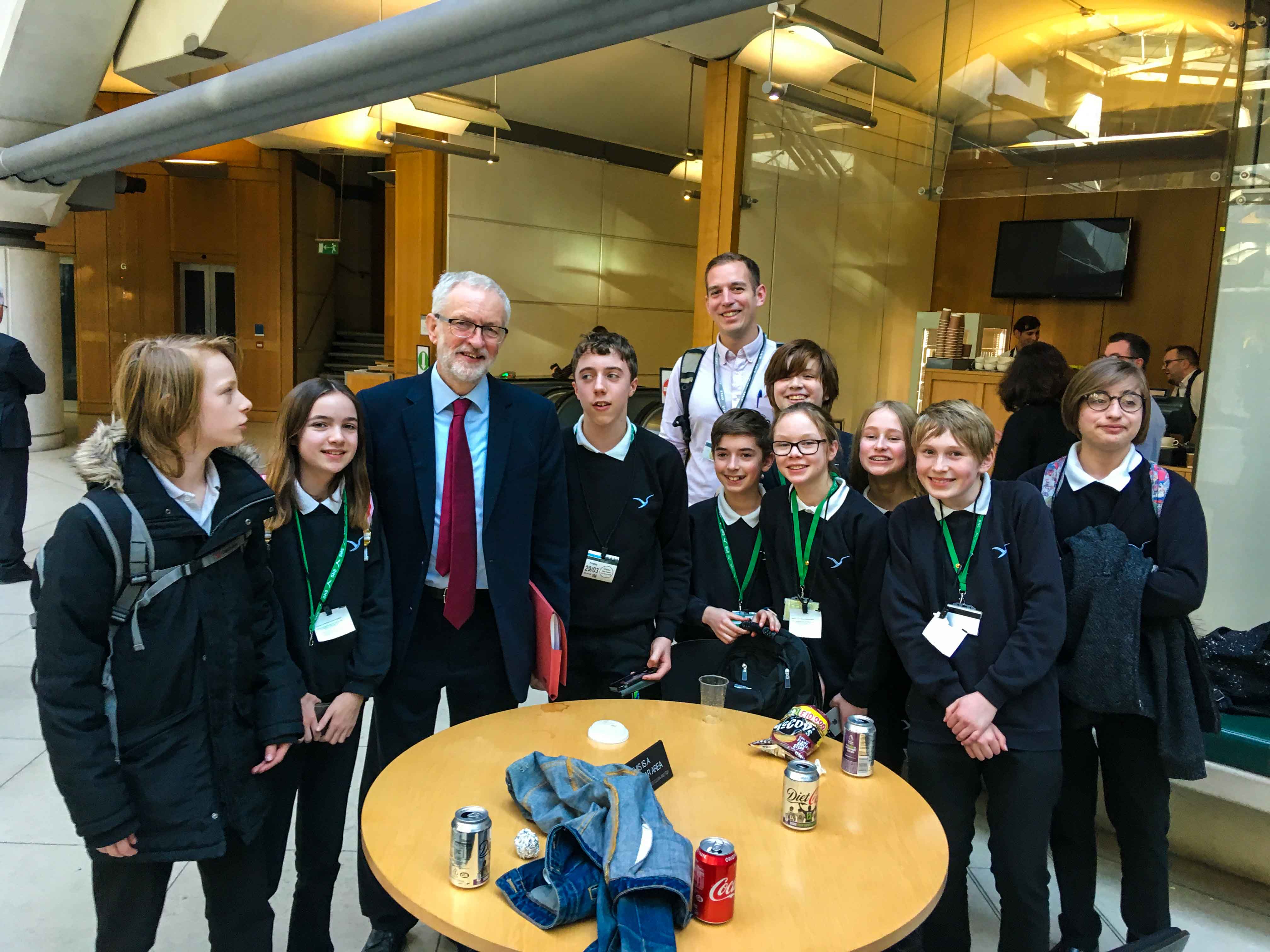